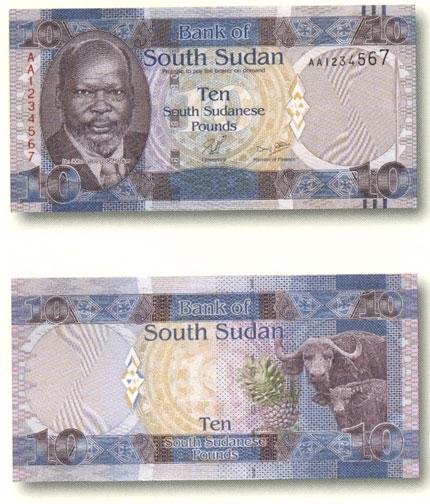 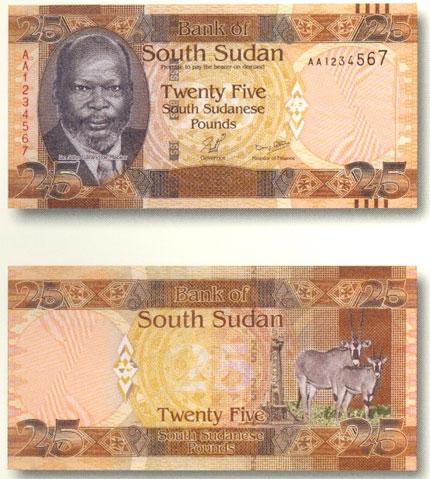 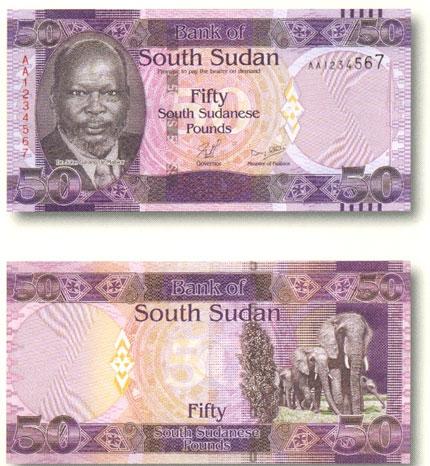 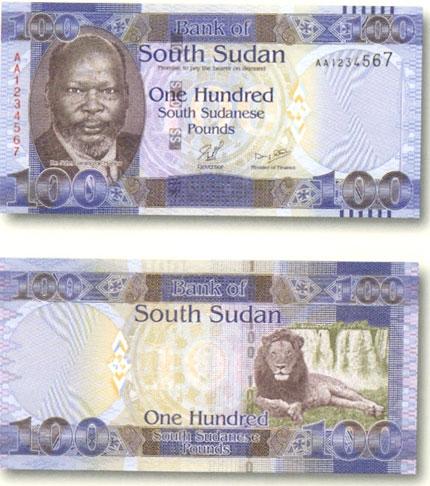 Pour ceux interesses: la bancnote de 100 Livres sud-soudanaises participera, avec des bancnotes de Cota Rica, Perou, Bhoutan, Seychelles...
au concours pour le Prix de la "International Bank Note Society".
Ci-joint une note sur le sujet.
"JUBA, 16 January 2012 - The Republic of South Sudan which attained independence from the Republic of Sudan in July last year consequently unveiling its own currency, may yet register another international recognition after its SSP 100 banknote was nominated for the prestigious award of International Bank Note Society (IBNS).
On the official website of the organisation www.theibns.org, the IBNS looks at banknotes quality in terms of design features that take advantage of the modern security features, good use of colour, contrast and general balance, artistic merit. And also considering a banknote that has been issued to the public for the first time in the year of nomination has seen South Sudan’s 100 Pound note competing along side Costa Rica’s 1000 Colones note, Peru’s 200 Sole note, Bhutan’s Ngutrum, Seychelles’ 500 Rupee note’ Kazahstan’s 10,000 Tenge note, Canada’s 100 Dollar note and the Bank of England’s 50 Pound note.
Nominations for the 2011 award closed on the 31th January this year and the announcement of the winning bank note after evaluation of each of the nominated notes by the IBNS members is due in April this year.
Available information on the IBNS website indicates that 2010’s award was taken by Uganda’s 50,000 shillings note, Bermuda’s 2 Dollar note for 2009 and Samoa’s 20 Tala note, among others.
The International Bank Note Society (IBNS) whicht started as a small group of enthusiastic banknote collectors that recognized the need to separate collecting banknotes from other numismatic interests and to forge an understanding of a largely unrecognized or overlooked collectables has grown over the years to a more than 2000 collectors, researchers in various countries over the globe.
Read more on this article by logging onto the website: www.theibns.org"